on the radio earlier.
1. YEAHHH!
2. A LOT of history in the decision on the fact that denying citizens their rights noted in the 2nd Amendment is equivalent to the way some states used state and local laws to disarm free blacks after the Civil War; that's going to piss the hell out of a lot of the right people.
3. FOUR of the justices seem to think the Constitution doesn't apply to states and cities. At least on non-PC matters. Which, like the 5-4 in the Heller case, is scary as hell.

In the moment, I'll use my version of Kevin's version: 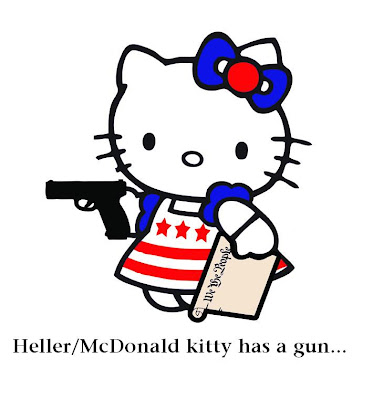