When you start training cops to act like Easy Company

in occupied territory, this is what you get.  Especially when you throw in the political bullshit.
Increasingly, the US government’s many police forces (often state and local ones as well) operate militarily and are trained to treat ordinary citizens as enemies. At the same time, the people from whom the government personnel take their cues routinely describe those who differ from them socially and politically as illegitimate, criminal, even terrorists. Though these developments have separate roots, the post-9/11 state of no-win war against anonymous enemies has given them momentum. The longer it goes on, the more they converge and set in motion a spiral of civil strife all too well known in history, a spiral ever more difficult to stop short of civil war. Even now ordinary Americans are liable to being disadvantaged, hurt or even killed by their government as never before.

Speaking of, from Dave Codrea on bookface: 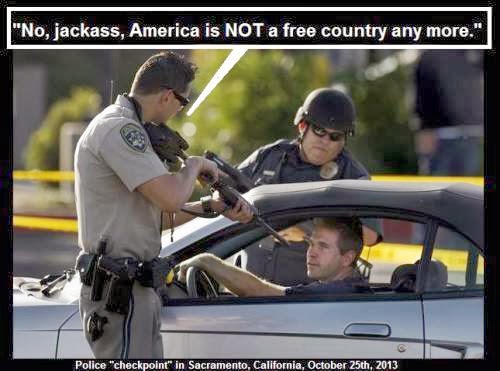 Apparently beating up old ladies in New Orleans is just the warmup for the CHP.


I'm all out of sympathy: the proper response to her is "You were warned, dumbass."