Sharp object, potentially quite shiny and useful.  With a fine pedigree. 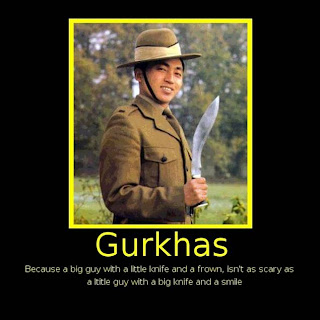 So, we have the choice of the EffingBI Director either being mistaken, or lying...
Way things are, I know which way I'm leaning.


Further reason the IRS should be either done away with, or chopped by at least 2/3s and fitted with a very tight choke collar.
The Committee learned of allegations concerning a series of contracts, potentially worth more than $500 million, awarded by the IRS to Strong Castle. Witnesses who contacted the Committee alleged that Strong Castle engaged in fraud to win those IRS contracts. Documents and testimony obtained by the Committee showed that a cozy relationship between Strong Castle President and Chief Executive Officer Braulio Castillo and IRS Deputy Director for IT Acquisition Greg Roseman may have influenced the selection process.

Just like one of the other bigshots, he's taken the 5th, too.

Czech gun culture
And I've lost track of where I found the link; whoever it was, thank you


"Know your place, you peasant gun-nut!"


"I used to have a badge, so this law shouldn't apply to me!"
Golden, you're an idiot.  You've just told honest citizens that they're second-class citizens, and you expect them to be happy with that?
Posted by Firehand at 10:42

The company in Nepal that makes the Kukris issued to Nepali soldiers sells them via an online store. They are amazingly inexpensive and all are hand forged and hold an edgs as if by magic.

I found mine by Bing search.

Dammit, I wish you hadn't said that; I just found their site, and... wow

I recall, from the early days of the WWW, a story of someone who had just left his Dojo after lessons in how to disarm an assailant who has a knife. As luck would have it, he was accosted by just such an assailant, who picked up on his un fearful body language. "But I have a knife."
"Yes, Great!"
Tom Brown Jr., trained by an Apache Medicine Man in the tracking skills wrote in "The Tracker", that "the fox does not know how to handle the rabbit that fights back." To paraphrase Kevin who writes Smallest Minority, we owe it to the evil ones among us to be as dangerous as possible.