Sean has a breakdown of the 'Moms Demand Action(against you)' demands,


NAACP leader: "The IRS should violate the law and ethics and go after those people, because I don't like them."


Truth Minister Carney says "There's nothing to this!" 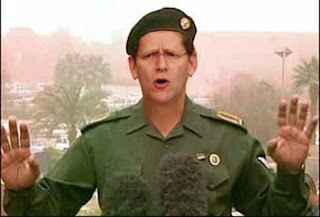 Pic found at Sipsey, also links to the next two stories.

Los Angeles wants to confiscate legally-owned magazines as 'public nuisances'.
They really don't mind wasting other peoples' money on court cases, do they?


Hazards of a militarized police force.


The People's Republic of New Jersey; anybody really doubt Christie will sign this crap if it hits his desk?


Over in Missouri, looks like they're really pissed both at what happened, and at agencies saying "We don't want to tell you anything."
Last week, two actions have occurred to try and get the full truth out of the Department of Revenue. First, in a lawsuit filed in Stoddard County regarding the scandal, subpoenas have been issued to Governor Jay Nixon and senior officials at the Department of Revenue to compel their testimony. Second, the Senate took sweeping action by defunding several divisions of the Department of Revenue that are directly connected to the source document scanning program. In total, the Senate’s actions would strip more than $40 million out of the Department’s budget, directed mostly at the divisions responsible for driver licensing. The Senate has made it clear that these appropriations will not be restored until the Department comes clean about everything regarding this scandal.
Posted by Firehand at 06:34

Thanks for the link

Re: captain's blog on self satisfied only one imperial bullies in Boston

Who's ahead in the race to a total police state?

From Britain 3 years ago: http://1.bp.blogspot.com/_OdDwEKlHthU/TJPk0430yAI/AAAAAAAAAUs/PGI6zkO1INI/s1600/unsafe.jpg

I am sooo glad I moved out of Missouri and down to Texas. Although I miss real winters and real hills with trees on them. I don't miss the political stupidity that runs rampant there.

"NAACP leader: 'The IRS should violate the law and ethics and go after those people, because I don't like them.'"

How far this organization has fallen! If anybody should recognize the dangers of not keeping the law as a bulwark against men oppressing a group of people "on the outs", it should be the NAACP and American Blacks. This sort of stupid -- no EVIL belief was eloquently expressed in "A Man for All Seasons" in this exchange between Corin Redgrave (Vanessa the Nazi's brother) as William Roper and Paul Scofield as Thomas More:

William Roper: So, now you give the Devil the benefit of law!

Sir Thomas More: Yes! What would you do? Cut a great road through the law to get after the Devil?

William Roper: Yes, I'd cut down every law in England to do that!

Sir Thomas More: Oh? And when the last law was down, and the Devil turned 'round on you, where would you hide, Roper, the laws all being flat? This country is planted thick with laws, from coast to coast, Man's laws, not God's! And if you cut them down, and you're just the man to do it, do you really think you could stand upright in the winds that would blow then? Yes, I'd give the Devil benefit of law, for my own safety's sake!

But it is a measure of how ill-educated we are as Americans that so many people want to cut down the laws they think protect unfairly those they disagree with politically. The Devil will turn on them, too.

Keith, I remember that mess; lots of commentary at the time on the apparent training level of the clowns involved.

Windy, that's one of my favorite bits from ANY movie, and I try to keep it in mind. Especially when the temptation is to point at the AP weenies and just laugh...