Just how badly is Californicated?

"He was not a murderer!  Whites wrote that!  He was a California Hispanic Freedom Fighter!"
A California school district is defending its decision to name a new elementary school after an infamous murderer – by calling him a hero and a role model to children. The decision has infuriated many parents and law enforcemetn officers.
Obligatory references to slave-owning founders and that murderer Reagan follow. 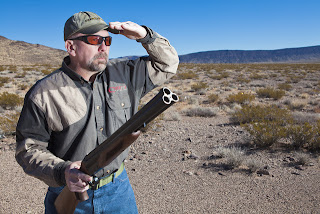 We lived in Salinas for 29 years. It was once a great little agricultural city. Now, not so much. East Salinas, where that school is located, is a pit. It's gang central and violence there is rampant. A few years ago it was responsible for the vast majority of the murders that made Salinas infamous for it's murder per capita rate. This absolutely does not surprise me a bit. We didn't just get out when I retired, we fled.

Vasquez, the "freedom fighter" for Mexican-American who faced heavy discrimination in California... Or maybe not so heavy. When Vasquez was finally sentenced to hang (about 20 years after the first time he killed a cop), his petition for clemency was denied by Governor Romualdo Pacheco, a Mexican-American.