So you want to screw people around on the busiest day

of shopping in the year, and you think it'll make them sympathize with you?
Or is it the assholes in charge of this just want to screw things up as much as possible a claim it's 'for the good of the workers', etc.?
It being move-on.org involved, I'd say it's a large does of the latter.

Yeah, working on a holiday sucks; so?  If that's what the job calls for, that's what you do.  Or find another job.

And yeah, I've done it: Christmas and every other holiday, day, evening, and hoot shift, because the job required shift work.  So don't whine to me.


It appears Leahy didn't like the results of people finding out about the bill; good.


Anybody else sick to bleepin' death of these grievance-mongers claiming racism as the cause of EVERY criticism of ANYONE in their circle?


For that matter, what kind of pussy is your deity when girls wanting to go to school is such a threat that you feel compelled to kill them?


Little while back, a PD officer in the town of Piedmont made a fool of himself: 3-year-old peed in the yard, and he wrote mom a $2,500 ticket.  Dumbass has been fired.
I wonder what the whole backstory is on this?  I'd bet they'd had other complaints on this guy, and this one finally drew so much attention that they couldn't ignore the problem anymore.


True of politicians in general:
Most politicians, as they become older, become more skilled in compromise. The sacrifice of what were once deeply held, and prominently advertised, convictions troubles their consciences less and less; it certainly leaves no moral imprint. In an age when many politicians have ceased to have a life outside politics, survival and the retention of power become paramount. What in normal society would constitute shameful duplicity is, by a modern politician, executed shamelessly: nobody expects better of them, least of all themselves, and they do not therefore disappoint. Retreating from principle, bending, concealing or sometimes even abandoning the truth are normal, everyday activities. Anyone who points out the depravity of such behaviour is seen as painfully unsophisticated.
And very much in evidence in the upper reaches of the Stupid Party in particular, it would seem.


Do you know what your kids or grandkids are being taught?
In less than a month (December 16th), we will mark the 239th anniversary of the Boston Tea Party. This well-known protest against “taxation without representation” is almost universally recognized as the moment that sparked the American Revolution.

In many Texas public schools, the Boston Tea Party is now being taught as an example of an act of terrorism.
And the clowns involved are apparently violating TX law to try to hide what they're up to.


Another casualty of Brady Bullcrap.


And since people will be traveling, 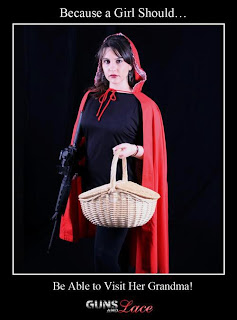 Have a good Thanksgiving
Posted by Firehand at 07:42

Ah, yes, Little Red Riding Hood.
James Thurber's version of the story is, I think, the best. It eliminates all that kinky woodsman substory and dispatches the wolf with a (sorry) dispatch lacking in the original story.

When the little girl opened the door of her grandmother's house she saw that there was somebody in bed with a nightcap and nightgown on. She had approached no nearer than twenty-five feet from the bed when she saw that it was not her grandmother but the wolf, for even in a nightcap a wolf does not look any more like your grandmother than the Metro-Goldwyn lion looks like Calvin Coolidge. So the little girl took an automatic out of her basket and shot the wolf dead.

(Moral: It is not so easy to fool little girls nowadays as it used to be.)"

I was only going to quote the last paragraph, but I have included the first part because it reveals a serious breach of OPSEC when the little girl answered every question fully and honestly, giving the wolf the opportunity to substitute for the Granny.
The second paragraph contains the wonderful denouement of victim-selection-error when the little girl "took an automatic out of her basket and shot the wolf dead."
The other thing is about not having to get closer than 25 feet, or about 8 yards, which is the distance you practice at for CCW permits and about the distance someone can lunge at you with a knife and get a few good cuts in before you can unlimber your piece.

Curiously, I first encountered this in an Austrian reader for Fourth-Graders, and the translation was "and she took a Browning out of her basket and shot the wolf dead." Nowadays I suppose it would be "Glock".