I wish Napolitano would make up her damn mind;

just a short time ago her agency was listing people stockpiling some food, water and medical supplies as terror suspects; now she's telling us to do it?

So, is this 'down the memory hole' for the 'terrorists with some cans of beans' line, or just admitting that that was a pile of crap?


Speaking of piles of crap,
Elizabeth Warren, who has railed against predatory banks and heartless foreclosures, took part in about a dozen Oklahoma real estate deals that netted her and her family hefty profits through maneuvers such as “flipping” properties, records show.A Herald review has found that the Democratic U.S. Senate candidate rapidly bought and sold homes herself, loaned money at high interest rates to relatives and purchased foreclosed properties at bargain prices. 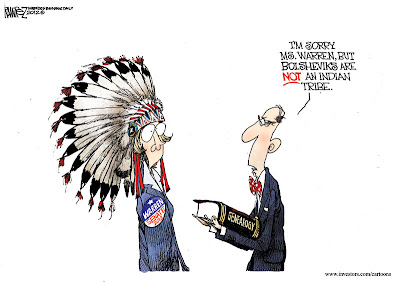 Some thoughts about the bloody disaster that is communism and the people who believe in it, from Huffman.


And finally, borrowing a picture from the Irishman, a slightly different Snow White ending: 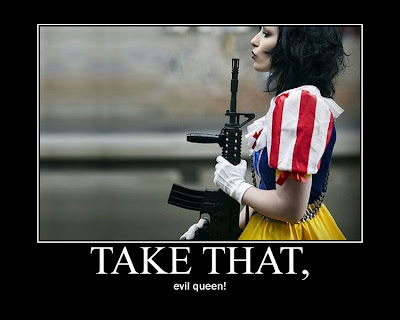 So that darling of the left, Fauxcahontas participated in financial transactions that would make Bain Capital look like some Junior League charity?