A while back a old-time NSD politician said

"The election isn't over until we win." So they're cheating. So the progressive idea is "We don't care about voter fraud as long as we're committing it."


In nicer news, personally this year the garden is MUCH better than last year I've had tomatoes, squash, green beans and radishes; the peas aren't doing squat, mostly not even sprouting. Last year, between the hot and the dry, barely got anything; and by August almost everything had died. 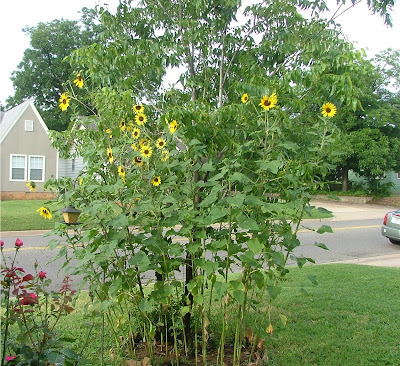 That's my pecan tree surrounded by 6 & 7-foot sunflowers. Which I did thin out, by the way.
Posted by Firehand at 14:20

It's only 3 weeks and two days since I last got snowed on!