Oh, now THAT would make some video...

Darrell Issa: When did you first know about the program, officially I believe called fast and furious to the best of your knowledge what date?

Darrell Issa: What country are you from?

Darrell Issa: "What" ain't no country I've ever heard of. They speak English in What?

Darrell Issa: English, motherfucker, do you speak it?

Darrell Issa: Then you know what I'm sayin'!

Darrell Issa: Did the deputy Attorney general authorise it?


Dad spent over 30 years on Highway Patrol here in OK, every kind of vehicle/vehicle & pedestrian/vehicle & livestock accident imaginable; there are some he still won’t speak of. Stories like this, I suspect, are why. (Found at BRM)


I keep seeing people on Facebook posting 'Support the daring people occupying Wall Street' and such crap; they don't seem to like hearing about what some of those 'caring people' are doing:
Several influential New York state lawmakers have received threatening mails saying it is “time to kill the wealthy” if they don’t renew the state’s tax surcharge on millionaires, according to reports. “It’s time to tax the millionaires!” reads the email, according to WTEN in Albany. “If you don’t, I’m going to pay a visit with my carbine to one of those tech companies you are so proud of and shoot every spoiled Ivy League [expletive] I can find…”


I think I've been interested in volcanoes most of my life; the first big one I read about was probably Krakatau. Take a look at where it is 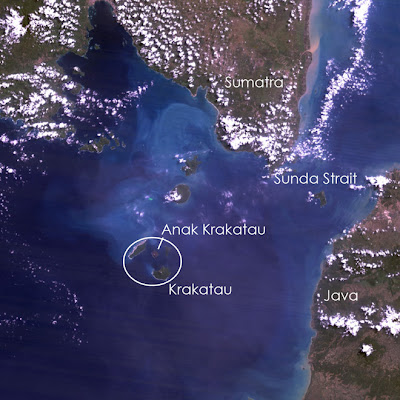 It blew itself almost out of existence in August, 1883. Look at the islands around it, and imagine what the tsunami was like.
More pictures of volcanoes here.


And some Gunwalker stuff, but I'm putting that in a separate post
Posted by Firehand at 15:09