Spent a little time sitting in back

and had a visitor 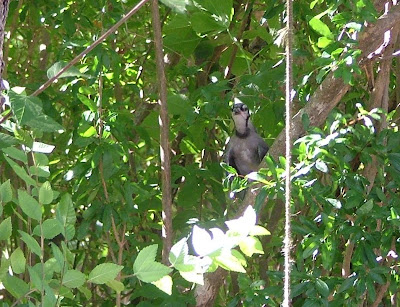 Who first showed up by landing on a hammer handle about 18" from me and looking me over. A little while later he landed on the dogs water tub for a drink(the dogs drink out of the birdbath, so I guess he decided theirs was better) 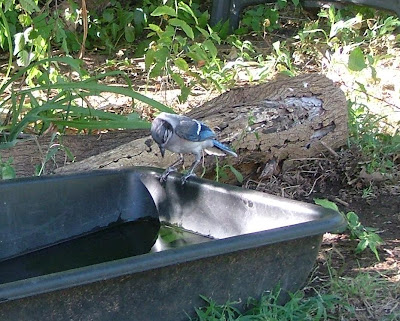 And then, with a squawk and flutter 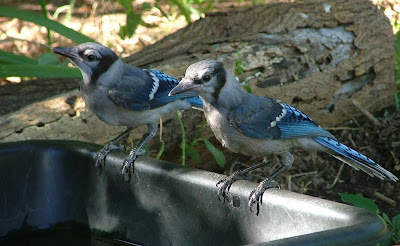 there were two. Who sat there and drank for a couple of minutes. At which point 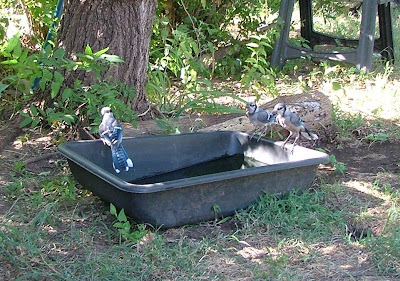 Number Three came in. They sat there for a while longer, 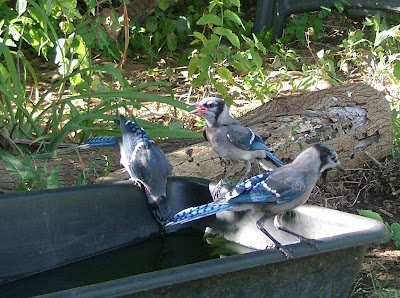 drinking and resting. Then the largest hopped into the water. At which point one of the snoozing dogs rolled over and he spooked and flew, but the other two stayed for a while.

I've never had jays land that close to me at all, let alone settle in and spend some time.
Posted by Firehand at 15:37

I was wondering where my mortar tub got off to.

I've seen their Mountain Jay cousins, and those little buggers can get bold and try to steal the food right from your hand if you're not paying attention!

Just wanted to say I really like your blog! Keep up the great work!!!

Beautiful birds. They can be cranky at times. Nice pics, Mister.