Well, I said I'd get it done later.

Using the bullets from the Lee mold, run through the .311 sizer(mainly to seat the gas checks). Half loaded with 2400 powder, the other half with Unique(which Very Helpful Commenter has had good results with). I used the P14 and the #4 MkI rifles I'd slugged the bores of. All shot at 30 yards at H&H Range(the outside range is closed Mondays). First, the P14 with 2400 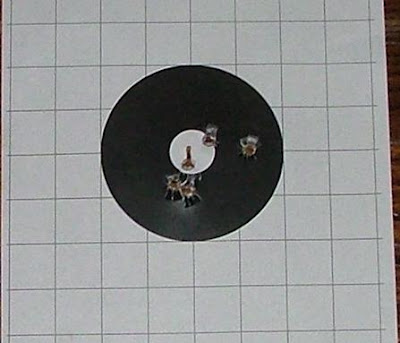 Quite nice. Now, with Unique 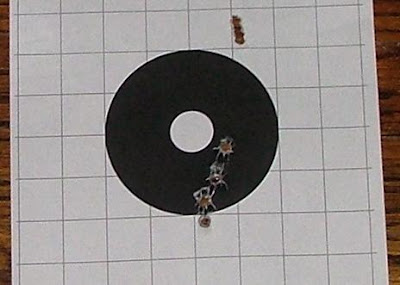 The vertical stringing is probably my problem; not the most stable of rests. The one high, looks like something weird happened and that one keyholed; I'd have to call it an anomaly as everything else left nice round holes. Both powders put right on point of aim with this rifle. 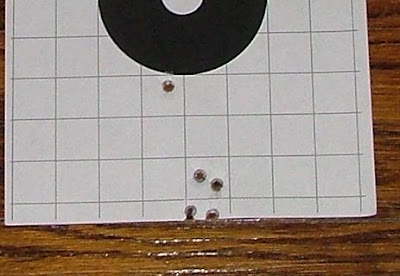 Again, first round high, I'm guessing from an oily bore, and in this case well below point of aim; not unusual. With Unique, 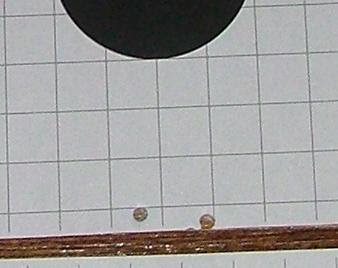 the group was further down; yes, I did forget to cut out the section below(it was taped on a bigger target), the group was maybe slightly larger.

I'd also found the use of a Russian M44- bore unslugged- to try the 7.62x54 on. I found that I'd not put up enough targets, so after shooting the Unique loads(on the right), I held at the center of the bottom edge of that target, and cut out & saved the 2400 group. 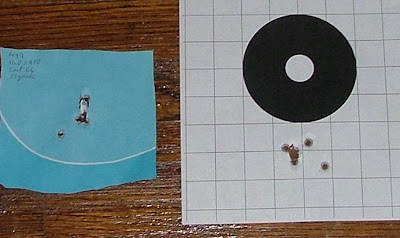 Not bad at all, with both hitting the same distance below point of aim.

And yes, when I went out earlier I did cast more of them. Among others.

If there are any tire stores nearby and OK hasn't gone out of it's mind forcing the use of zinc, see if they can spare a few hundred pounds of expended wheelweights. For my purposes Whellweight metal makes nearly perfect rifle bullet material.

Last time I got some tire work done and asked about weights, they were all sent back to the company to be re-made. Dammit.

I'll have to check around again. I've used wheelweights with no problems at all.