About that range day,

One of the things shot was the .40-65 that has been mentioned before.  We'd worked up a load of a 400-grain bullet, .060 wad, and 57 grains of 2f Goex black powder fired by a Federal Large Rifle Magnum primer.  Generally shot pretty good. 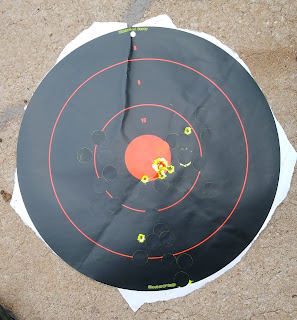 Eight rounds.  five damn near making one big hole, one about an inch outside, and two I have to blame on myself(last shooting before leaving, getting tired at that point) at 200 yards.  This is definitely going to be tried again.  Very carefully. 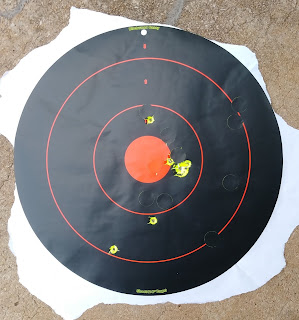 Possible that the spread was my fault, especially with three almost in one hole, so it's on the list also.