"I only deleted personal emails"

Liar, liar, she ought to have third-degree burns on her ass by now.
Judicial Watch said the department has admitted in a court filing for a separate lawsuit that some of the emails that Clinton had deleted included some "Benghazi-related documents."
I guess she could claim "That matter was very personal to me!", otherwise it's one more proof of her lying.  Her supporters won't care, the EffingBI and 'Justice' Department won't do anything, and she'll sail right along.


Because taking your kids to the zoo is a horrible idea:
The study says that adults seem to want to characterize zoo animals according to “binary” gender terminology, forcing the camels and penguins and elephants of this world to conform to either “male” or “female,” even though those particular zoo animals haven’t truly examined whether they would like to identify as their birth gender. Although zoology does allow for checking the actual sex of an animal, adults should, apparently, refrain from referring to zoo animals as a “girl” or a “boy,” unless they’ve asked the said animals.
Another problem: Parents tend to use zoo exhibits to model traditional family roles. The study says “adults mobilize zoo exhibits as props for modeling their own normative gender displays.”
Wonder how much it costs to send a kid to U of Penn, and how much of it goes into paying for crap like this?


In less depressing stuff, the two eagles at the zoo are a lot more friendly than when the second first got there. 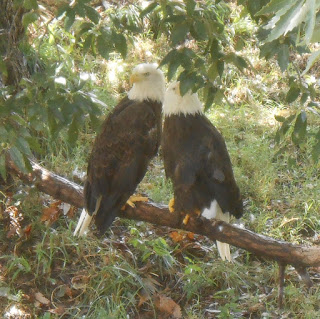 For a couple of raptors that can't fly, not a bad life: good perches, ground to roam in, and plenty to eat. 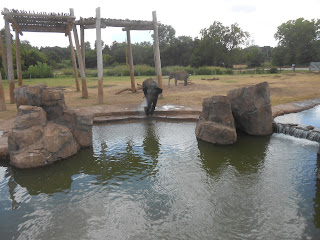 Some more critter pictures to come