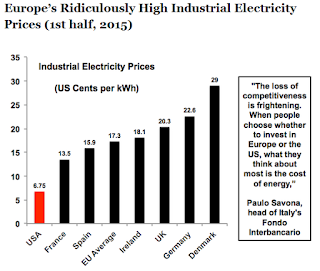 Though I'm sure Obama and Sanders somehow thinks this is marvelous.


Hmmm... wonder how they'll try to blame this on fracking?
Now scientists report in a new study a likely explanation for this unusual activity: pieces of the mantle under this region have been periodically breaking off and sinking down into the Earth. This thins and weakens the remaining plate, making it more prone to slipping that causes earthquakes. The study authors conclude this process is ongoing and likely to produce more earthquakes in the future.


Well, yeah:
“I have always been amazed that anyone would pay attention to Bill Nye, a pretend scientist in a bow tie,” Coleman told Climate Depot Saturday.