with emphasis on trying out more cast loads in the Garand, plus some target loads I'd put together, oh, a few years back and forgotten about.

Short version: the load in HXP and PS brass shoots well(about 3-3.5" at 100 yards), the LC and Federal not good at all.  Also tried using H4895 in HXP cases, also not good; this rifle likes HXP and PS brass the most with these loads.

The range was busy, but finally had a chance to set up the Chrony and check these loads: averaged 1750fps, slower than I'd expected.  These loads have one very consistent thing: the first shot will eject the brass, but won't cycle the bolt far enough back to pick up the second round; all after that it does.  Between that and the velocity, going to up the charge 0.5 grain and see how it does.

I also need to find some cotton or other natural fiber netting for the shell catcher; the cases are hot enough that if one falls with the neck laying on the nylon, it'll melt it.  And the stuff is a bitch to get off the brass. 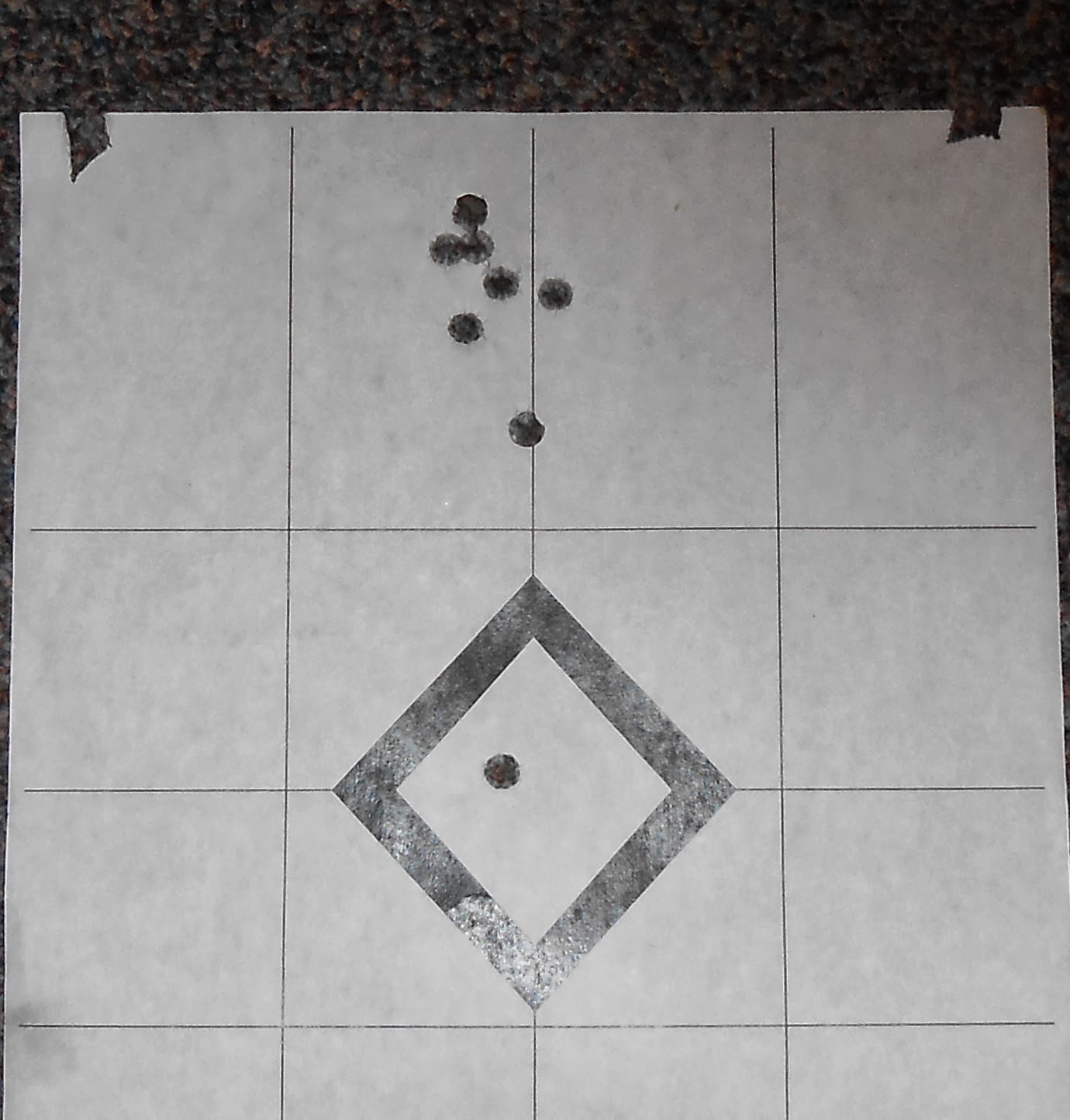 The one in the diamond was the first, and I think I pulled it; the other seven are in just under 2".

Yeah, I'm happy with it.

These are in WRA military brass; need to load a few each in some others and see if they'll match it, as I don't have many of these.

Windy as bleep today, which probably affected my accuracy on the cast loads, but still got results I can work with.

RE: brass catcher. Perhaps a little re-engineering might be in order. Since synthetic fabric and hot brass disagree with each other, I'm still working on refining a "brass collector" rather than a "brass catcher." Think "glorified windsock" that funnels brass into a small pile for easier pickup. If I can get it working well enough (the AR is pretty consistent on where it throws brass, the M1 carbine and Garand, not so much) I'll add a small metal catch bucket at ground level to receive the brass.

The one that attaches is pretty much what you describe: wind sock that makes it fall in one place. The one for the bench(need to take a picture) is big so can adjust the rifle(s) more and it still keep the stuff from flying off to Neverland; but still have the melting-net problem.

Yeah, the AR ejection being so consistent would make your idea a LOT easier; hope it works out