How the government plays "We make people feel good"

by spending lots of OPM.

The Japanese feared the apology would be exploited by anti-nuclear groups and those opposed to the defensive alliance between Japan and the U.S.
So there was at least one idiotic apology Obama didn't make.


An opinion on the OWS protesters:
The mainstream media's cameras can't get enough of these pierced protesters, with their crudely written signs proclaiming their unfocused discontent and general anger at society's selfishness in failing to satisfy their every want and desire.

Of course, those cameras discreetly turn away when the placards demanding socialist revolution and blaming the Jews come out. The protesters' function is to demonstrate inchoate outrage simply by being there. When they start talking, they start alienating the normals.

These are Potemkin protesters, community organized by government worker unions to allow liberal Democrats a way to triangulate to the center next year. Only the rebel media outfits will actually stick a mic in the protesters' dirty faces and let them talk.
...
But the troops would not complain to the cameras even if there were any left in the war zones documenting their struggles. They aren't whiners. They may be the same general age as the Occupy Wall Street gang, but they occupy a very different, less frivolous world.

On a windy mountaintop in Kunar province, a tired 22-year-old infantryman on patrol rests and shares a swig of warm water with his buddy. In Manhattan, a 22-year-old from Scarsdale shares a bong-load of killer weed with a guy sporting dreadlocks and a Che T-shirt he got at Hot Topic.

Nearby, a young lady whose TA canceled that afternoon's NYU oppression studies seminar so everyone could head to the protest feverishly types away at a screed about the militaristic inhumanity of American capitalism on her new iPad.

In Afghanistan, a young American soldier with a locked and loaded M4 assures a band of nervous Pashtun mothers that her platoon will make sure the Taliban don't come and butcher their daughters for the sin of attending school.
I had a go-round with a couple of people the other day over this: apparently taking note of the communists and Jew-haters meant I was accusing ALL of the protesters of being such, and all this stuff was 'lies from right-wing sites' anyway.
Uh-huh. Right.
I should note that this cartoon- the top two panels- is what set it off.


This kind of crap should be ended. I don't care what your fancy ID says, if you have someone else' property in your care, you should be held responsible for any damages to it.


My day derailed utterly, I tried to collect the tattered remnants of my sanity and get on with my work, picking up the pieces, because let's face it: after a monkey spanks itself on your desk, your life is never going to be the same, and you will thenceforth face each new day with a new sense of the possibility of unrealized horrors which may yet unfold in the day ahead.
G'wan, read the rest. You know you want to.


Speaking of crap that needs to be stomped on at every opportunity:
In other quarters on the left, this case is being spun as a grotesque and rare exception, one that should not reduce commitment to environmental laws. As Walter Olson points out in his post at Cato, the New York Times carefully quotes environmental crimes prosecutor David Uhlmann to call this an “isolated situation.”

Uhlmann is right — this is an isolated situation. But not for the reasons Uhlmann means.

This is an isolated situation because it is rare — freakishly rare, struck-twice-by-lightening rare — for federal law enforcement agents or federal prosecutors to be held accountable in any meaningful way for even serious misconduct against the Americans they accuse and pursue.


If you have a problem with spiders, don't look at this. Really. 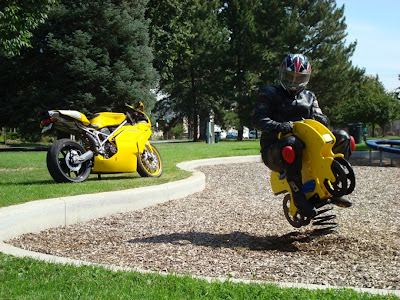 Not bad for amateur CGI, but needs some shadows under the beasties to make it more realistic.