A few things I have to point out,

as my contribution to the "LOOK AT THIS CRAP!!" factor of the blogosphere. First, the Federal Trade Commission is mulling over guidelines that would require bloggers to disclose when they're writing about products they've been given, sponsor's products, or are getting paid to write about a particular product. The FTC says the new rules are necessary because people are increasingly turning to blogs for product information, and their unregulated nature makes them ripe for abuse.
Translation: "There's somebody out there doing something and we have no control over it! We've got to do something!"


Heard about this yesterday but forgot: Obama approves UAE civil nuclear deal. As the man says, They get cheap great nuclear power. We get conservation, windmills, solar panels, and silly lightbulbs.


Breda had a fun time with those wonderful people of the TSA. She has the followup on it. As Oleg Volk put it, 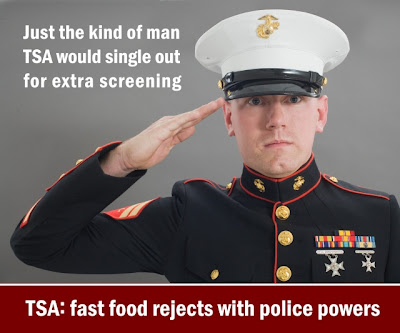 Commonsense also takes note of a review of the new Honda smugmobile:
So here goes. It’s terrible. Biblically terrible. Possibly the worst new car money can buy. It’s the first car I’ve ever considered crashing into a tree, on purpose, so I didn’t have to drive it any more.
The biggest problem, and it’s taken me a while to work this out, because all the other problems are so vast and so cancerous, is the gearbox. For reasons known only to itself, Honda has fitted the Insight with something called constantly variable transmission (CVT).
But wait! There's MORE!
And the sound is worse. The Honda’s petrol engine is a much-shaved, built-for-economy, low-friction 1.3 that, at full chat, makes a noise worse than someone else’s crying baby on an airliner. It’s worse than the sound of your parachute failing to open. Really, to get an idea of how awful it is, you’d have to sit a dog on a ham slicer.


I have come to the conclusion that there must be interbreeding between New Orleans PD and Chicago PD:
Chicago police have issued Mark Geinosky 24 parking tickets in 16 months. They've given him as many as four in one day, and all have been issued to a vehicle he no longer owns and tag that is no longer active. Geinosky has gotten them all dismissed. But he says someone is out to get him, and he wants to know why. Chicago Tribune columnist Jon Yates reports 13 of the tickets were written by one officer, all at exactly 10 p.m., and all 13 were sequential in number, meaning the officer ticketed no one but Geinosky from that ticket book over a period of several months.


And finally, just to tick off the PC-types, some background on the (un)sainted Milk:
The bottom line is that Milk gets too much credit simply for being gay and too little credit for being just another creep politician.
Posted by Firehand at 14:14