Which, of course, never bothers them when it's some plain old citizen.  And apparently he's not facing charges, either.


Speaking of such things, this is why the bill to 'Eliminate the BATFE' won't cut it:
Note the bill won’t eliminate functions being performed; it will merely transfer them to bureaucrats and agents in a better position to fend off scrutiny. And while more fiscal responsibility is a worthy goal, in the case of enforcing federal gun edicts, that Republican majority established largely through gun owner support ought to be focusing on the constitutionality of infringements.

“ATF has been a horror movie since its inception,” Gun Owners of America’s Larry Pratt told Human Events about an earlier attempt to divvy up the Bureau’s functions. “It needs to be disbanded, not moved to a hiding place behind the FBI skirts – which do not cover very well, anyway.” 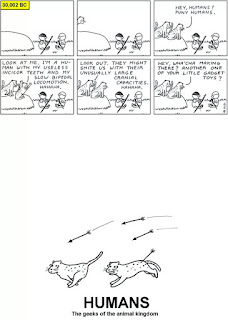 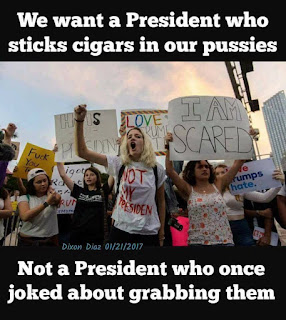 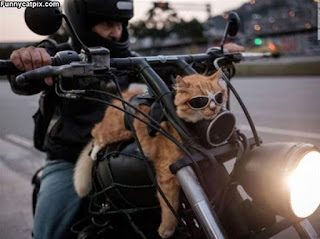 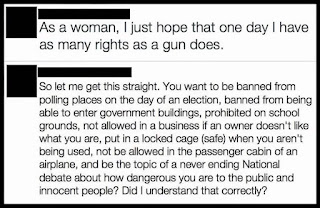 Finally, from a whimpering pussy who really needs a new diaper,

We used to think that a President shouldn't hold office if he tries to support underlings who overstepped legalities while investigating what the other political party was doing to the President. Nowadays, we know that not only isn't that a problem anymore, it also isn't a problem for a high government official to use the office for personal gain, or to risk national security for personal gain.

We used to think that it was a bad thing for a President or other high official to use his office to get sex with the interns, and then lie under oath to subvert and avoid liability for what was apparently a pattern and practice of long history. Nowadays, we know that's really despicable behavior, as is talking about women to men (privately) about how attractive they are and what one would like to do with said women.

Where's that Sarcasm Font DARPA has been promising for forty-odd years?