A year or so ago, when components were in very short supply, I had a chance to buy a case(5000) of Tula small pistol primers.  I'd used some before, and they'd worked fine, so I grabbed it.

Either this is from a problematic lot, or I was lucky on the first thousand.  I've had a bunch of failures to fire; most will fire if given a second strike, but some won't.  I'd guess the FTF rate is 5-10 per hundred(didn't keep exact count, I forgot one of the rules) 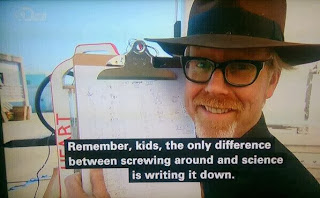 with the complete failure rate(those that won't fire with a second strike) being about 20%.

Put this in context: out of the God-knows-how-many thousands of rounds I've loaded over the years, I've had one primer of American manufacture fail to fire(CCI); that's from small and large pistol and small and large rifle.  So this rate is abysmal.  The 'fires on a second strike' could be from the cups being really hard, but the 'won't fire at all' is something truly wrong.

They work for practice, but I'd never trust them for hunting or defense ammo.

I have to note that I've also used some large pistol and large rifle(boxer and berdan) Tula primers, not a single failure with them.  Which makes me think this is from a bad manufacturing lot.

Failure to fire can drive you nuts, or at least that is my excuse. I got some real super cheap surplus British .303 when I was in high school in the 60's packed in boxes shaped like cheese wedges. I think it might have been WWI stuff or something because I had about a 30% failure rate.

I finally got feed up and threw the remainder away. I did not have much ammo money so that was a first time and last time experience with that much bad ammo.

I loved the good old days when $15 to $20 bucks could purchase a decent military surplus rifle and all you had to do was be old enough to pull money out of your pocket.

I had a batch of Pakistani-made .303 a couple of years back, about 25-30% wouldn't fire at all, the rest gave hangfires; wound up pulling the bullets for handloading(one reason I bought the stuff, for the bullets if the ammo wasn't good).

Interestingly, the stuff was marked with 1960's dates, and loaded with cordite.

I,too, bought a pile of Tula Small Rifle primers, 10K actually. I got 'em for my .22 Hornets, a T-C Contender barrel and an Italian Baby Rolling Block. Then I accumulated an M1 Carbine, a return from Italy.

I've used about 3k of them with no failures or hangfires that I could detect. I've also tried 'em in .38 Special in a Taurus 92. Again, even though these are rifle primers, no problems. All these primers were installed with a Lee hand primer.

Re: Lee tools. The only Lee tool I've had trouble with is the powder and bullet scale. Mine is not consistent and the inconsistencies are large enough to be problematic. So most of my loads are dipped with Lee dippers if at all possible.

I have two scales I trust, a Redding I bought for $9.39 new 50 years ago and a little el-cheapo electronic one. a special from Sportsmen's Guide. I took all three to my pharmacist to have them checked against his test weights for his lab scale. The Lee failed and was returned. They gave me credit for it which I have yet to use.

I realize anecdotes are not data, which is why I had my scales checked against trustworthy standards.DCWHys