Professional Journalism and faked history, and when they're caught? 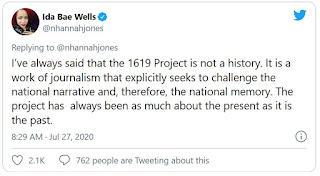 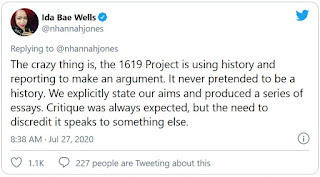 They're also now claiming 'we never intended this to supplant US history curriculum', all the while they pushed it for exactly that.

Jones also said they “explicitly stated” their aims in the piece. The last sentence of the introduction (my emphasis): “On the 400th anniversary of this fateful moment, it is finally time to tell our story truthfully.”

Truthfully. When I read “truthfully” I expect facts and history.

Even if Jones wanted the 1619 Project to be a “work in journalism” she chose the wrong term. Journalism, like history, should report the truth. Not your truth. Not alternative facts.

Lying bastards, doing everything they can to damage this country.

I'm too old to roam these hills killing commies but I can still do it from the top of this hill at well over a thousand yards with the old Dragunuv and her Rusky scope . Perhaps they should stay in the big blue cities .

:You have a Dragunov? I may have to envy you a bit.