Yesterday morning I decided to hit the range. And it was good. And then I came home. Which was so-so as I was short on time. And when I tried to take care of some online stuff, McAfee was updating(which seems to take bloody forever lately) and when it finishes it’s started causing things to slow down. So aside from posting about Fenris, accomplished squat electronically. In any case,

The Swiss G96/11*. Interesting history as to how this model and the 7.5x55 cartridge came about, found here at Swiss Rifles, including: 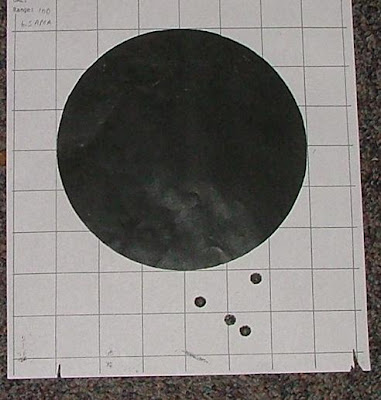 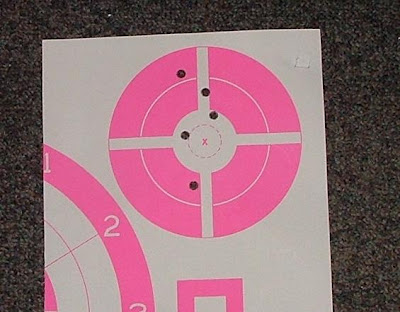 The shortest range setting of 300 meters is like my Swedish M1896. Does the Swiss "reach out and touch someone" to 2000m too? (That's the longest setting on the Swede, altho at that range I think you're lobbing it in like artillery.)

A tip for reducing the glare on the sights: "smoke" them, covering them with a layer of carbon from a lighter or match, being careful not to catch the stock on fire! (The rear sights on my Swede flip up, reducing the fire danger. I don't know about the Swiss rifle.)

Thought about smoking them, but no matches, etc.(shame on me, should have had some in the truck). No Sharpie, either.

And they do swing up. And adjust all the way to 2000. They were still making sights for the long-range volley stuff, the changes coming due to the machinegun not understood yet.